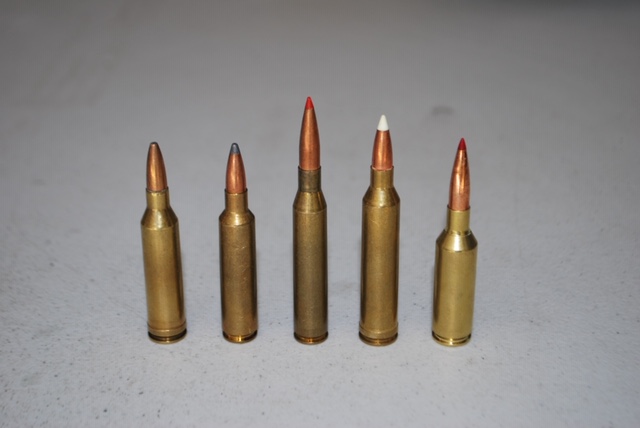 Then passed a full generation when a 6.5mm cartridge seemed certain to fail in America. The.256 Newton (actually a 6.5mm) failed in the 1920s. The 264 Winchester Magnum started strong in the late 1950s but faded quickly. Remington’s 6.5mm Remington Magnum (1966) went nowhere. The message seemed clear: No 6.5mm cartridge could be marketed in the U.S. Remington tried again in 1997 with the 260 Remington, a fine cartridge that, like all American 6.5mms, achieved limited success. Introduced in 2008, the ballistically identical 6.5mm Creedmoor seemed destined for the same anonymity. Then it caught on, and today’s shooters have discovered the 6.5mm!

Odd, because it was always out there, with long, heavy-for-caliber bullets that carry well. Now it seems that the 6.5mm is America’s darling. The 6.5 Creedmoor is the most popular, but there are other choices. The faster 6.5-.284 has a following. Then came the very fast 26 Nosler, followed by the 6.5-.300 Weatherby Magnum, speediest of all 6.5mm cartridges. Then came Hornady’s 6.5mm PRC (Precision Rifle Cartridge). The 6.5 PRC is not as fast as the 26 Nosler or 6.5-.300 Weatherby. In fact, it pretty much duplicates ballistics of the old (and still unloved) 264 Winchester Magnum—but it does it with a fatter, more efficient case, and is better able to handle today’s extra-long, super-aerodynamic bullets. Now that the American shooting public has (at long last) “discovered” the 6.5mm. There are numerous wildcats and proprietaries wringing just a bit more performance out of the 6.5mm bullet, and I’m fairly certain there’s at least one more factory 6.5mm cartridge coming soon.

I’ll be honest: I don’t have experience with all of them…and I probably won’t. I already have too many rifles chambered to too many cartridges. These days, performance has to be both excellent and unique before I further complicate ammo resupply. Case design can improve efficiency and promote accuracy and can certainly dictate choice of action. However, right now it seems to me we have three distinct levels of 6.5mm performance.

The lowest, or slowest, is typified by the 6.5mm Creedmoor, propelling a 140-grain bullet at about 2700 fps. The .260 Remington is ballistically identical and, with the right loads, so is the 6.5×55 Swedish Mauser. In this group, I’ve had several .260s and I have a serious yearning to own a good 6.5×55…but I have a Mossberg Patriot in 6.5 Creedmoor. Accurate and low in recoil, this group is awesome for shooting groups and ringing steel at long range, and, in my opinion, ideal for hunting deer-sized game at medium range.

7 thoughts on “CHOOSING A 6.5MM CARTRIDGE By Craig Boddington”